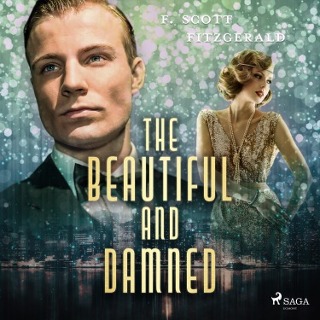 Anthony does not want to work. Why should he? He gets by comfortably on his allowance and once his grandfather dies he will inherit so much that he never needs to think about money again. When he falls in love with the beautiful Gloria and they become part of the wild party scene of New York, it seems that Anthony has made it. But his grandfather’s will is just around the corner and it is about to blow up their lives in a way they could never have foreseen. One of F. Scott Fitzgerald’s most accomplished novels, ‘The Beautiful and the Damned’ (1922) explores the world of the rich and beautiful American elite during the golden Jazz Age. Like the ‘The Great Gatsby’ and much of Fitzgerald’s other writing, this book is heavily inspired by his own life, and certainly by his tumultuous relationship with socialite and novelist Zelda Fitzgerald. F. Scott Fitzgerald (1896-1940) is one of the greatest American novelists of the 20th century and author of the classics ‘Tender is the Night’ and ‘The Great Gatsby’. His writing helped illustrate the 1920s Jazz Age that he and wife Zelda Fitzgerald were in the centre of. Bron: Flaptekst, uitgeversinformatie