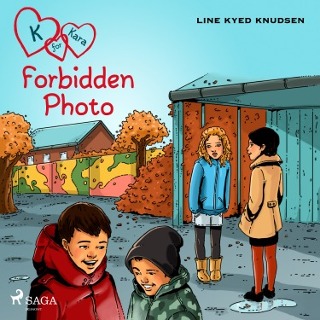 Kara is looking forward to having her class photos taken. Some of the boys take photos with their phones. They share the photos with each other. But suddenly, some of the photos are not so innocent. And some of the girls get really sad. This is the fifteenth book in the series about Kara and her friends. The books can be read separately. Line Kyed Knudsen was born in Gentofte in 1971. She debuted in 2003 and since then, ahe has written over 50 books for children and young adults. She often writes stories about friendships between girls. She has been nominated for several awards, and in 2007 she received Gyldendal's Pippi-award. The books about Kara are inspired by her own childhood experiences as well as the experiences of her own daughter. Bron: Flaptekst, uitgeversinformatie